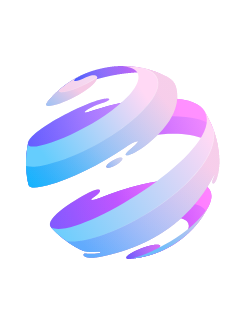 Yoga is not just about asana

What’s the first thing that comes to your mind when you hear or think of this word?

For most people, this would be someone in a Yoga pose, extremely flexible and agile. This however is not the truth. Asanas of yoga postures are only the latest development in what has been the evolution of Yoga. It stems from a branch of Yoga, called ‘Hatha Yoga’.

Simply put, Hatha Yoga, is the Yoga of the physical body. It’s is the ardourous study of various postures , to generate energy in our physical and energetic body. It involves primarily the use of the Physical body as a medium to expand ones awareness and growing consciousness. Iyengar Yoga, Mysore yoga, ashtanga yoga, vinyasa flow, yin yoga, and even Hot Yoga, these are all forms of Hatha yoga. In serious Hatha Yoga traditions, it is considered that one has to master the physical body, to be able to meditate. While some traditions may use Mantras, pranayamas etc, their main mode or tool is the physical decipline of asanas (yoga postures) But while they help, asanas are not the only way to yoke or unite with the Supreme Consciousness, which is the aim and the meaning of the word Yoga. To unite with ones source, the source of everything, this is the true meaning and aim of yoga.

But if physical prowess were the only means or an effective barometer of the growth in consciousness, then all circus artists would be enlightened and gymnasts saints that could reveal the mysteries of the universe. This as has been the experience of most persons, is not the case. Just physical dexterity or endurance is not a sign of the evolution of consciousness. In truth, yoga involves multiple deciplines like prayer, Mantras, meditation, contemplation, study, rituals, work, service, psychological deciplines, occult executives and innumerable other techniques used individually or in combination. Anything that becomes a vehicle to unite us with the source, is yoga.

uildings with 5-6 floors with a large Yoga studio on each floor. Classes starting from 6 am and ending just before 10 pm, with footprint of over thousand souls visiting daily if not much more

A rare talk of the great master, explaining the scientific truth behind the evolution of consciousness.